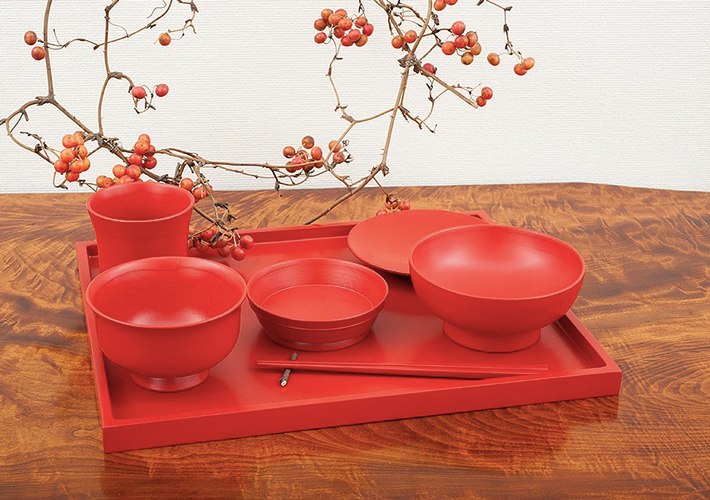 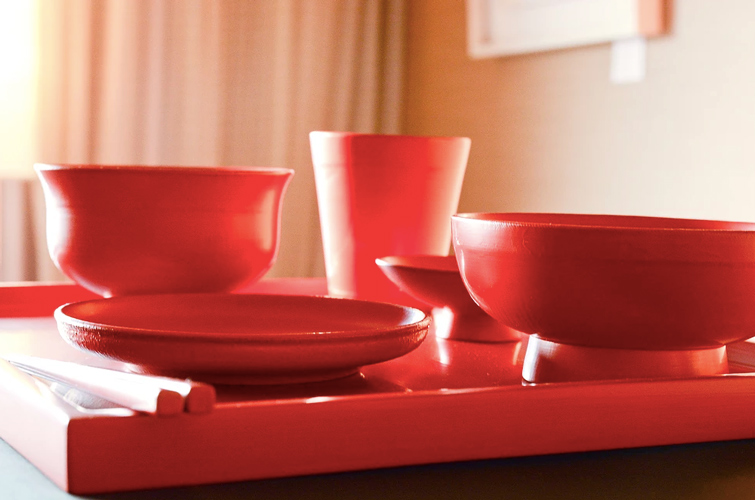 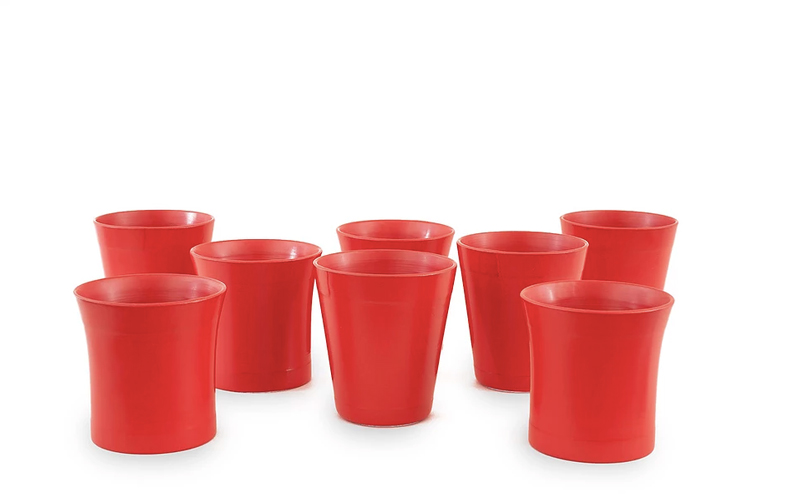 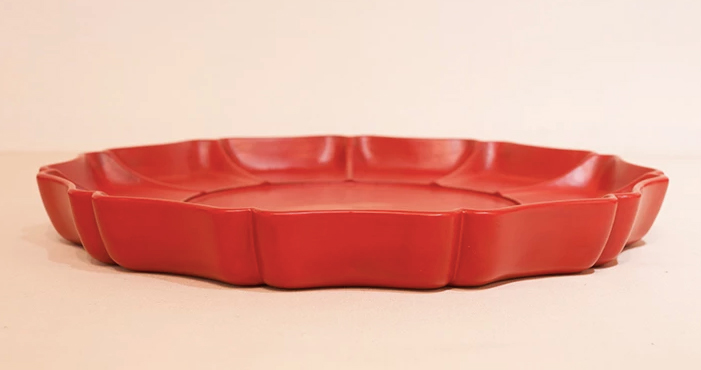 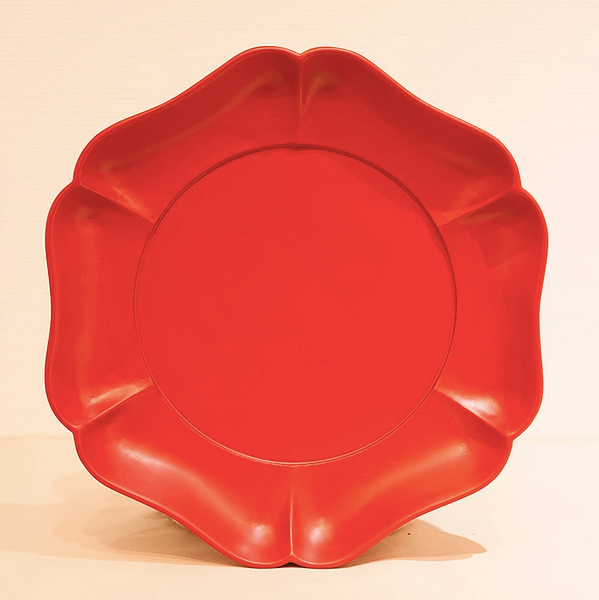 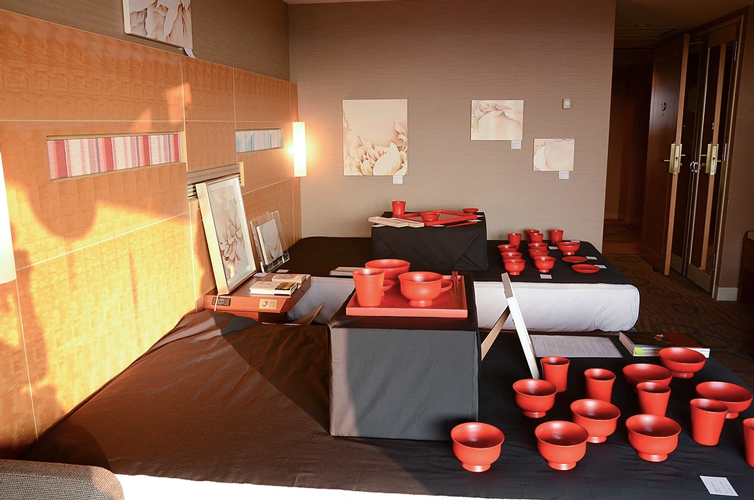 Negoro lacquer derived its name from the Buddhist temple of Negoro-ji. Negoro temple, widely renowned as the temple of the Shingon sect of Buddhism, is located in the city of Iwade, Wakayama in Japan. Negoro lacquer were originally vermilion lacquerwares produced at Negoro temple as tablewares for monks.

To produce Negoro lacquer, the wooden shapes are lathed or assembled from flat or carved pieces of wood. Once the structure is created its edges are strengthened with cloth, then the surface is coated and smoothed with coats of black lacquer. Coats of black lacquer follow, and finally one coat of red cinnabar pigmented lacquer is applied. The red layer of lacquer are intended to gradually wear away with use, revealing the black lacquer underneath. This changing of color is said to be beautiful, and that is the one of the main reasons why Negoro lacquer has been admired as beautiful lacquerware.

In 1585, the poduction of Negoro lacquer was stopped due to Hideyoshi Toyotomi’s attack of Kishu. However, Negoro lacquer was also prized in Edo period. People infatuated with accomplishments of art still love those lacquerworks deeply.

In 1995, Megumi Ito started to take these classes, and was appointed to be one of the instructors in 2002. She has been supervising over the courses for 14 years in Iwade city.

In 2016, she started her career as a Negoro lacquer painter.